Do you Role Play? 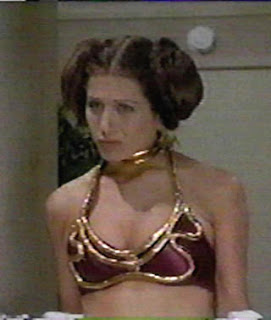 Hubby has a BIG (40) birthday coming up and I wanted to do something special. I thought about a surprise party, but with his new medication, he can't consume alcohol and I doubt he would have much fun watching all his friends drink. So I need a different idea. I'm not sure why, maybe due to the near miss "bonding" time the other night, or maybe I'm just a freak, but I somehow came across the idea of "Dressing up". I had the visions of the Friends episode where Rachel did the Princess Leia thing and know every guy enjoyed that episode.

I am also thinking that since Halloween just passed, I should be able to get a good deal on Halloween Costumes. Now, I just have to decide how "naughty"to be.

I was looking at some different costumes and originally thought Wonder Woman would be a good idea. What guy didn't have a crush on her? But could I pull it off, or would he just be wishing Lynda Carter was in our bedroom? Then I realized what every guy has fantasies about, something that would allow 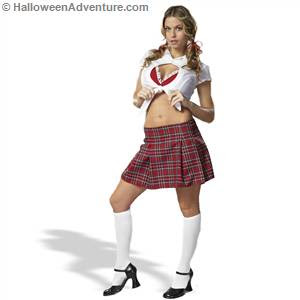 me to be me... but younger, and who doesn't want to be younger?
Are you appalled? Will you still come back? I can't promise pictures, but you can get your own costume and see how things turn out.
Dress Up...it's not just for kids anymore.
Posted by Rachele Bennett at 9:38 AM

Email ThisBlogThis!Share to TwitterShare to FacebookShare to Pinterest
Labels: dress up, role play