Saint Agur Makes a Big Hit at Girls Night In

We had another Girls Night In over the weekend and tried some new recipes and cheese. Ile De France offered up this Saint Agur Bleu Cheese and it is the best cheese I've ever had. No lie. 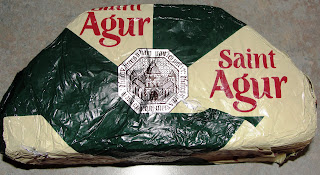 I looked on the Ile De France site for some recipes and modified one a little. It ended up looking like this... 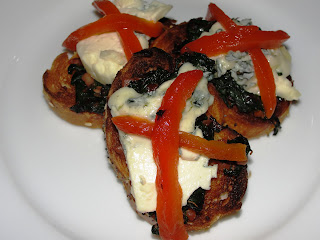 Brush the baguette slices with olive oil and broil until golden brown. Put 2 tbsp evoo in a large pan on med-high heat and add garlic. Cook for one minute before adding Swiss chard, salt and pepper flakes. Continue cooking for 3 minutes and remove from stove. Add lemon peel. Toss together and put on top of baguette slices. Top with Saint Agur and roasted red pepper and put in oven for 3-5 minutes on 400 to fuse flavors. Serve.

The cheese was so good we even put it on our salad. 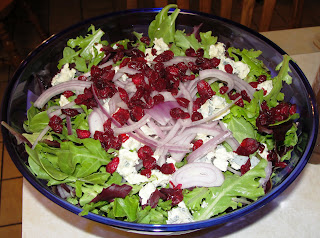 Two of our girls claimed not to be bleu cheese fans until we had them try a piece. This cheese is so velvety, buttery and mild (for a bleu) that they couldn't resist it and begged for more.

The crostinis were a hit and it was suggested that we have them every meal. I think I'll venture to make new things as this was so much fun and the result was so well received.

Posted by Rachele Bennett at 1:47 PM