It's Been Sneakin' Up On Me

I'm a huge American Idol Fan. Have been since season 3. This year there have been mixed reviews on the talent and some have speculated that it's the worst season so far. I beg to disagree. Here and here are my early comments on the top 24

I started out routing for Crystal Bowersox and designated her as the winner. She is an amazing talent and I will listen to what ever she puts out. I love the sound and tone of her voice and envy the individual she is and the music she creates.

Big Mike is another of my favorites. He's the snugly Teddy Bear with the awesome pipes and can sing anything and make it sound good. His back story is touching and I appreciate everything he has done in the competition and think the judges made the absolute right choice in saving him.

Lee DeWyze is my new favorite to win! It's been creepin' up on me. We really didn't see a lot of him in the early stages and I was like "Who?" when they announced the final 24. He was shy, lacked confidence, but still belted it out every week. I think I'm crushing on him a little and would love to see him win. 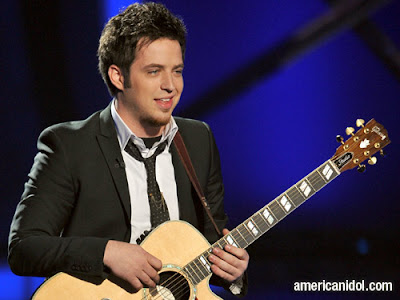 Any input?
Posted by Rachele Bennett at 9:38 PM