Totally Random and Not Jealous at ALL

So it's Tuesday once again. Not really. It's Monday night, but I want to go to Water Country tomorrow so I'm posting tonight. What? You know you all do it. I've just figured out how to be organized enough to do it. It's Random. It's fun. All the cool kids are doing it and I'm joining in...again. Go link up at The Un Mom and find lots more cool, fun, random posts by cool kids like me.

First, I have to mention my lack of envy to all the Blogher participants. I'm sure you all rock and had a great time but...I've been a member for 2 years and I still have never spent the time to figure out the site. Sorry. It seems complicated. I'm not stupid, I just don't get it. Twittermoms, I get. Mom Central, Mom Select, Izea, Facebook, Twitter...I get all those too. I've never been able to figure out what I'm supposed to do at "Blogher" and so I just leave it alone. The Conference sounds great but since I don't participate in the site I don't feel worthy. Now. I did miss a TOTALLY RAD conference this weekend that I am very sad about. Over at Tribal Blogs they had a "Screw Blogher, We've Got Cheese in a Can (Tribal Blogs Virtual Convention)". I was too busy cleaning out my refrigerator on Saturday after having no power on Friday and missed the whole thing. I only have my looks-like-new fridge to console me.

Another blogger, who's name I won't mention but instead will call her Mrs. Bologna, had posted all last week about being an ambassador for a cruise line. I won't mention which one since they didn't invite me. She appeared to be having fun and even posted a "look how cute my kids are" pic with the boys in their floating suits, by the pool, on the big boat. Well, Mrs. Bologna, look at my cute kids... totally happy sitting on the couch... at home. 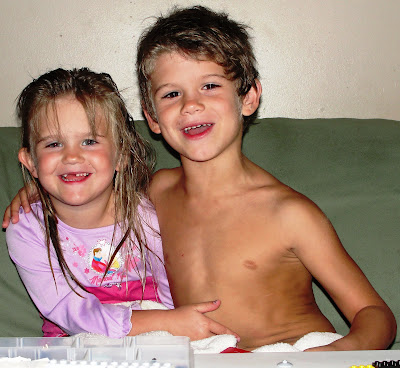 You've got nothing on us and just ignore any "envy" comments I may have posted on your facebook wall.

The girls and I are trying to pick a Virginia Wine Festival to attend in early October. A little mini get away. We're just having a problem deciding which one. Anyone have any suggestions? Hubster asked if it was just for "the girls". I said it was. He now says he might like to go to some wine/food tastings. He doesn't like wine or gourmet cooking so I should take it as a compliment that he just really wants to be with me. I just can't fathom spending the money for someone who won't totally enjoy it. Does that make me a bad wife?