Why I love when shows go into syndication

TV is my guilty pleasure. I don't watch much while the kids are awake but once they go to bed I like to lose myself in a good drama or reality series. Usually it's one that was recorded days (and sometimes weeks) earlier. I think I just heard that this is the farewell season or week or something for As the World Turns? Is that right? I thought about recording the final episodes but it's been so long since I watched I figure it would take me the whole time just to catch up. I did watch seasons 1-5 of Grey's Anatomy over the summer on Lifetime. With season 7 about to begin I almost bought season 6 on Amazon but never got around to it. Just on a gut feeling I checked Lifetime today and Voila...season 6 started. Two episodes a day...five days a week. I'll be ready to start watching season seven in a couple weeks.


I've reclaimed my living room and claimed it a kid free zone in the afternoon. I've been watching some old sitcoms on and off while making dinner. Things like King of Queens and Seinfeld. I was very excited to see that The New Adventures of Old Christine has joined the Lifetime afternoon lineup. 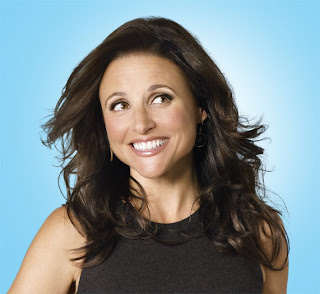 I love the true-to-life storyline. Christine is quirky, fun, scatterbrained (what mom isn't) and adjusting to life as a single parent and dating. I love the relationship she has with her ex and think a lot of people wish they had it that good. It's an over the top look at all the mistakes we make as parents, working women, and trying to accomplish it all. Even on a bad day I've never "lost" a kid or forgotten to pick them up from school. It's refreshing to watch someone who makes more mistakes and still takes them with a grain of salt and moves on.
If you haven't seen the show yet, now is the time to get caught up. I guarantee you'll relate and laugh and it's a nice way to break up the day. Give yourself a break and enjoy an episode or all of them. DVR's were made for a reason.

Tune in to "The New Adventures of Old Christine" 5 days a week! Check out here to find your local show times.

I have been hired by Warner Bros WBWord division to raise awareness for 'The New Adventures of Old Christine.
Posted by Rachele Bennett at 1:13 PM