A long, long time ago I was dating this guy.  We had been dating for just over two years and had never even so much as had a minor argument.  We broke up.  Feeling that the relationship needed a little spice (or space to see other people) it ended.  The break-up lasted for 5 months before the guy realized how awesome I was and came back....and I let him.

A couple months later we were spending Christmas at his parents house.  He kept hinting at this awesome gift he had gotten me.  It was just before my 29th birthday and, more than anything, I wanted the one sparkling thing that all girls in a serious relationship want.  Talks of rings had been made (by him to others) even before we broke up.  I'm guessing he just scared the shit out of himself.

We woke up, had breakfast with his parents and started in on the gift opening.  His parents go overboard, every year, so opening gifts takes hours.  When we appeared to be done I noticed that I hadn't received that got the attention on would think an "awesome" gift would receive.  I was asked to step outside so my final gift could be brought in.  What?  How hard could it be to hide a ring?  I obliged and went outside.  A few minutes later I was welcomed back in and in the middle of the living room I saw  this... 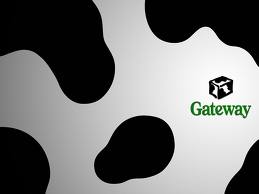 Yep.  He had bought me my very first, very own, computer.

He then proceeded to stand up and give some speech about how much he loved me, wanted to spend the rest of his life with me, and, if I wanted, would return the computer and buy the ring I REALLY wanted.  How does one respond to that?  In front of his parents?  AWKWARD.  I requested that we take a walk.  I explained that while I appreciated the fact that he would take the computer back and get me a ring, the fact that he had wanted to get me a computer told me that that is what I should accept.  He seemed a little upset that I didn't accept his "proposal".  Really?  I LOVED that computer.

For the record.  It only took another 2.5 years to get the actual ring.

This post is part of a Tribal Blogs Blog Carnival.  To read more either click the button at the top or you can read Dufus' post here

The Worst Christmas Present Ever by Nonamedufus

If you like what you're reading, I strongly suggest you join Tribal Blogs so you don't miss out on any of the forum fun.
Posted by Rachele Bennett at 11:07 AM