Dear 4th Grade Class, Yes I did it. 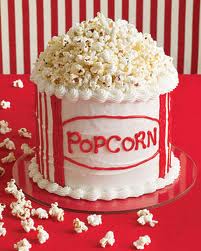 Yes.  I too was throwing popcorn in the hopes of catching it in my mouth.

I'm sorry it has taken me so long to admit and apologize.

I am now ready to explain.

Mrs. George was not a nice person.  At least not to me.

Remember the week we spent at the Environmental Center?

Well.  The day we arrived and were so excited to be there our camp Counselor "raced" a counselor from another school.  Remember?  We were so excited that our Counselor was winning that we all began to throw wood chips into the air, right?  Well.  Later that night, just before the hayride, Mrs. George asked me outside and she questioned me about the incident.  She claimed that I was the only one throwing wood chips and wanted to know why.  I know it wasn't just me.  I may have started it, but I don't remember that either.  Anyway.  When I told her we were all doing it in our excitement that our "guy" was winning, she struck out and SLAPPED ME ACROSS THE FACE.  Now.  Seeing as we were kids who were allowed to be paddled by our teachers and I had never been (or after that) struck by a teacher, this freaked me out.  I never told my parents for fear that they would punish me further for making a teacher that mad..

A couple weeks later, my mom sat me down one day after school and asked me what had happened.  Another parent had witnessed the episode and had called her to tell her.  I explained my story and she immediately set up a meeting with the Principal.  It was my parents, me, the Principal (who's name slips my mind) and Mrs. George.  She denied the entire incident and no one caused a big enough stink so she just went back to class... and so did I.

When the popcorn incident took place I was sure my punishment for taking part would not be the same as yours.  It hadn't been to this point. So I lied.  Not to deceive you or to betray you, but to cover my own ass.  I was 10.

Please forgive Me, I love you All
R~

P.S.  And Thanks for having my back on the jogging thing in the gym. You KNOW I was right!
Posted by Rachele Bennett at 9:10 PM