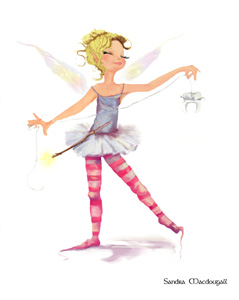 Handsome lost another tooth.  He's 8 so we've been through this a bunch.  As we were putting his tooth in a box to put under his pillow he says, "Mom, promise me you won't do the Tooth Fairy's job."  Not wanting to make a promise I couldn't keep I responded with "What makes you think I would do the Tooth Fairy's job?"  He says, "I'm not sure but if you don't do it and I don't get anything then I will know that the Tooth Fairy isn't real."

The issue here is Puddin Pop (or so I thought).  At 5, she has her first wiggly tooth and I would hate for her ideals to be crushed by her brother finding out the truth.  I debated on what to do.

A) Do the Tooth Fairy's job.  I never promised not to, although I'm not sure the conversation would be perceived that way.

B) Don't do the hob but give Handsome the $1 in the morning and promise to keep the money coming for each tooth as long as he didn't spoil it for his sister.

At bed time he realized that the tooth was downstairs.  He ran to get it and tucked it under his pillow.  He was holding the box in his hand under the pillow because "He wanted to make sure he didn't push it to the floor so the TF could find it." (this happens ALL. THE TIME.)  Out of nowhere Puddin Pop says...

"You know it's just Mom that takes the teeth and gives you money."


He says, "Well then where does the Fairy dust come from?"  I sprinkle glitter dust on the pillow and leave a trail across the bed.

She says, "Duh.  Mom has a secret stash of glitter."

The tooth Fairy came, minus the Fairy dust, and no one mentioned another word about it.

How is it the 8 year old wants to believe and the 5 year old refuses to?

She's more and more like me every day.
Posted by Rachele Bennett at 9:26 AM