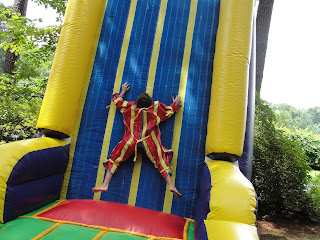 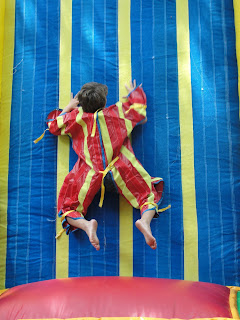 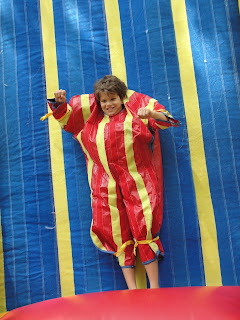 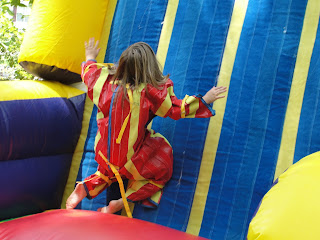 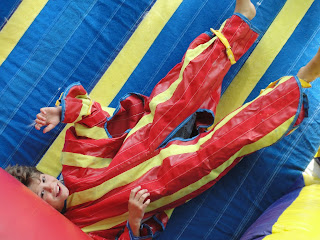 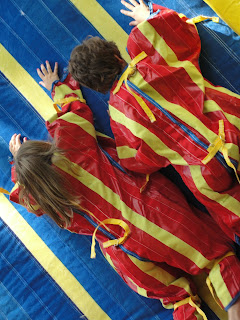 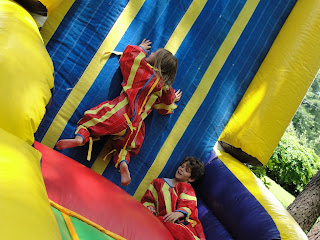 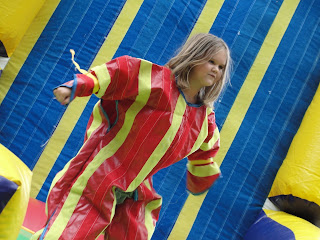 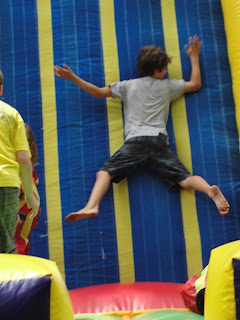 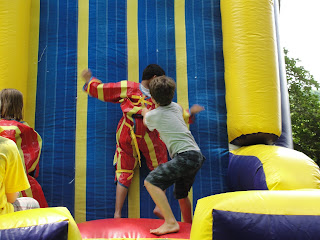 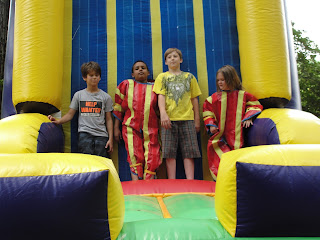 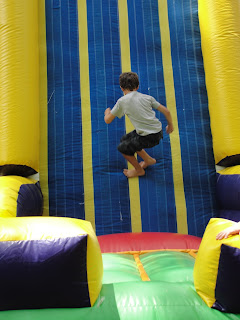 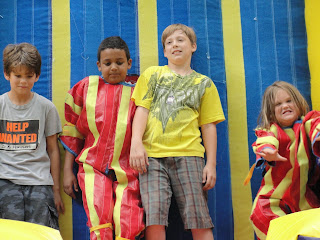 Posted by Rachele Bennett at 11:25 AM No comments:

We participated in our first 5K on the 4th of July.  Frankly, I had no idea how it would all play out.  Knowing none of us would run the whole thing, and knowing that Puddin Pop isn't a fan of running, period, I still thought it would be a fun way to get some exercise and make a new memory.

Groupon had a really good deal, and the race was VERY close to the house.  We signed up and got excited about the big day.

We've been sleeping in most the Summer.  I've been scheduling myself later shifts so the kids wouldn't have to get up early each morning.  Even if I close, I'm out by 8:20, so it's a win.

Knowing the race started at 8am, I was worried no one would want to get up to do it.  Worried for nothing.

Sparkle Me Wild puts on a GREAT Family event.  No pressure, shorter routes for those with small children, and the entire family is encouraged to participate.  You can sign up, as an adult, and children can run/walk free of charge, as long as they don't mind forgoing the free shirt and medal that come with being registered.  We. all. registered.

Now there is another race in our area on Labor Day.  The day before school starts.  Sparkle Me Wild is offering 50% off registration TODAY ONLY.  Want to join us?
Posted by Rachele Bennett at 12:03 PM No comments:


Kids were having a friend sleep-over last night.  When they came back from  getting A's stuff from his house, they had 2 extra kids in tow.  Kids were pleasant.  I asked where they lived and they told me that their dad had dropped them off near A's house and told them to stay with him.  That's fine but, A's mom wasn't warned.  A is 8 and these kids are 8 and 9.  The Father would have no idea that they were at my house.

As it started to get dark, I called A's mom to get more info on these kids.  She said she had met the father once or twice, and the kids had been dropped off before at her house on another occasion, unannounced.
They are classmates of A's and their Uncle lives close by.

On the way over I found out that they were with their dad for the Summer but regularly lived with their mom.  I got her number and tried calling... no one would answer.

We knocked several times on the uncles door and no one answered.  The kids walked around back and could see their Aunt and cousins inside.  We knocked and knocked again, and then I called the police.

Just as I was explaining the situation to the operator, a woman answered the door.  I asked if the kids could come in. She seemed hesitant, but allowed them in.

I told the operator that they had been let in and that everything seemed to be ok but they may want to send someone to check..

An officer called to get the story.  I told him what had had happened and he asked if they were inside.  When I told them they were, he said, "Good enough for me,"

I'm sure it's not the last we will see of these children.

I feel awful that they think this is normal parenting behavior.

Posted by Rachele Bennett at 10:30 AM No comments: